Learning a language doesn’t have to be boring

The Yabla Chinese player is designed to actively engage the listener.

Listening, reading, watching, and interacting are far more effective for retention than passive listening alone. The integrated dictionaries and cloze listening game engage you in the learning process. 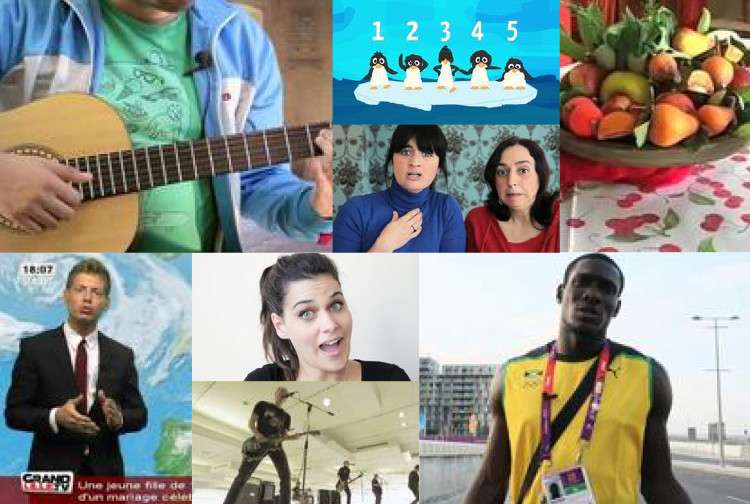 When learning a new language, one of the biggest challenges is to stay engaged. Yabla Chinese provides a wide variety of entertaining programming, including music, drama, interviews, and travel, that will make you look forward to studying. Fresh programming is added monthly. Our goal is to provide content that is interesting to you. Learning a language is a bit like going to the gym. If it were universally fun, everyone would be in shape. We believe language learning shouldn't be a chore. 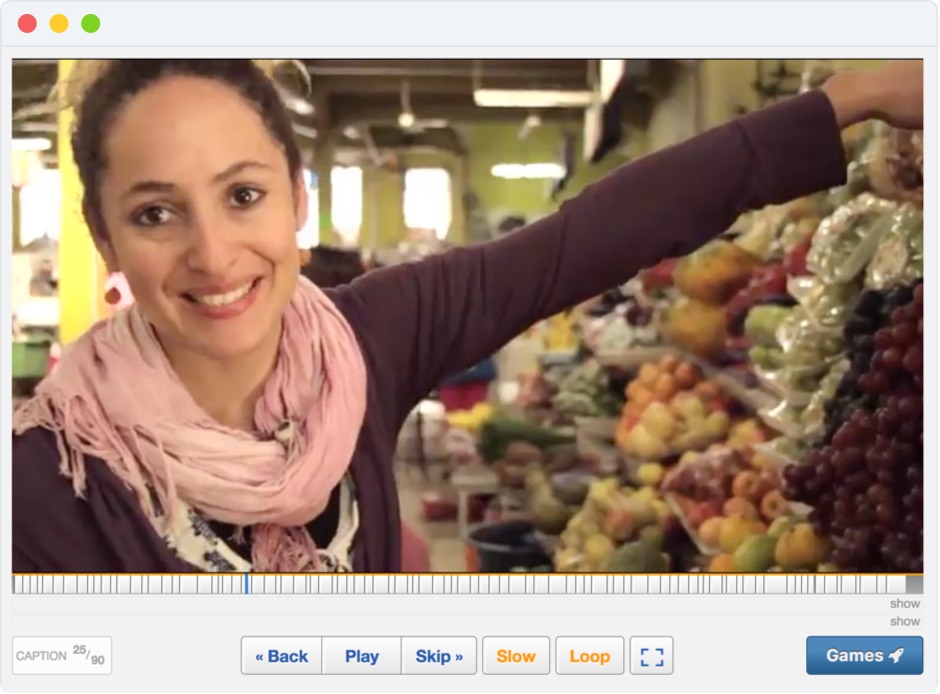 Numerous studies done on language retention all point to the fact that the best way to learn is to become immersed in the language. Becoming versed in reading and writing is a good place to start, but you must also listen to native speakers. Most people don't have direct access to Chinese-speaking populations. Watching Yabla Chinese provides this access in an environment where you have full control. 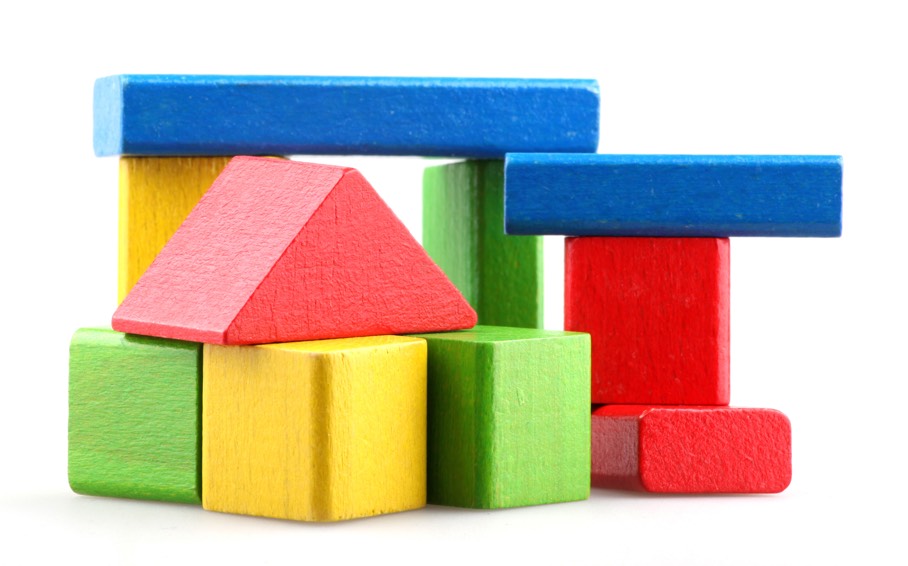 Is Yabla Chinese Right for Beginners?

Exposure to authentic video is useful to all levels of language enthusiasts. Studies have shown that even rank beginners, given proper support tools such as those made available by the Yabla Player, benefit from exposure to native speakers and genuine culture. We provide a wide range of authentic content, ranging from quite simple to rather difficult. 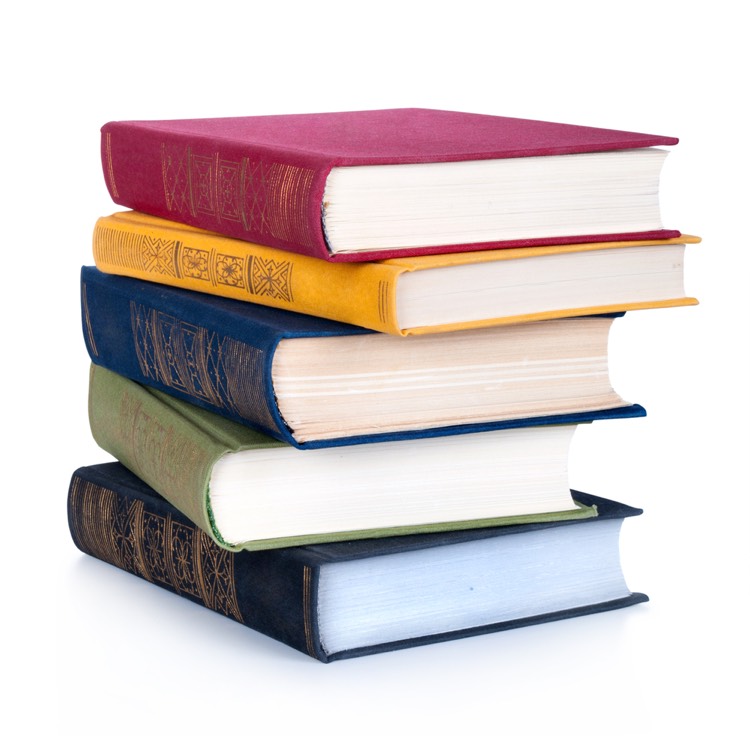 Research has shown that rote memorization of grammar rules is far less important than previously thought. Few people can read about subjects like the imperfect tense and have the ability to recognize or use it instinctively. We don't dismiss the importance of learning grammar, but research trials have shown that students who drastically shift from studying with traditional methods to multi-modal immersion, actually outperform their peers in their ability to understand and use complex grammatical forms. In short, learning about a language is not the same as learning a language.

Don't take our word for it. Take a look at what the experts have to say:

On the importance of contextualized and engaging content, and the study of grammar:

What theory implies, quite simply, is that language acquisition, first or second, occurs when comprehension of real messages occurs, and when the acquirer is not 'on the defensive'... Language acquisition does not require extensive use of conscious grammatical rules, and does not require tedious drill. It does not occur overnight, however. Real language acquisition develops slowly, and speaking skills emerge significantly later than listening skills, even when conditions are perfect. The best methods are therefore those that supply 'comprehensible input' in low anxiety situations, containing messages that students really want to hear. These methods do not force early production in the second language, but allow students to produce when they are 'ready', recognizing that improvement comes from supplying communicative and comprehensible input, and not from forcing and correcting production.

On the usefulness of captions:

An empirical study conducted by Borras and Lafayette demonstrated that students working with captions had a much more positive attitude than those who did not have access to them (Borras & Lafayette, 1994: 68). Captions relieve some of the anxiety experienced by students who sense they have missed an important element and sometimes give up watching because they feel lost. Instead, captioning allows learners to relax, grow more confident in their ability to understand, and direct their mental energy to actual learning. In addition, captions provide instant feedback that reinforces the positive learning experience (Vanderplank, 1988: 277). They also seem to be clearly motivational since in the experiment set up by Borras and Lafayette (1994: 67), students using captions spent more time working on higher-level tasks than all the other groups.

Given that exposure to video programming has been shown to increase students' listening comprehension, the subsequent effects of that increase on communicative competence were studied in order to assess the impact of exposure to authentic video on the language acquisition process. Following their contact with an authentic Chinese-language telenovela, student viewers demonstrated a statistically significant increase over their counterparts in a control group not only in listening comprehension but also in the number of words they used in discourse and in two component parts of communicative competence, specifically, their confidence in generating output and the scope and breadth of their discourse. This study shows that authentic television programming is a valuable tool that provides high levels of input and results in improvements in students' output.

On the relevance for beginners:

In this article, it is argued that 'bimodal video' is an effective way of enhancing second language (L2) learners' understanding of authentic texts and their learning of content and vocabulary in the L2. Bimodal video is subtitled in the L2 and provides simultaneous exposure to spoken language, printed text, and visual information, all conveying the same message. A positive effect is deemed possible even in the case of relatively inexperienced students of the language.